4 Signs Your Contract Management System is Hurting Your NGO/NPO

We'd reported on a study conducted by the National Contract Management Association (NCMA), which opened our eyes to the rampant inefficiency plaguing the contract lifecyle management (CLM) of countless organizations – companies and NGOs/nonprofits sweeping the gamut of industry type, geographic location and size.

The information you need is MIA

You lose money when you can't find it

Your team is probably really stressed

There are way more risks than you know

If you want to speed up your business operations, maximize profitability and reduce contractual risk, you must carefully examine how well your system measures up against industry best practices. Then, you must commit to realistic and reliable document management software that resolves all your CLM afflictions – from contract creation to visibility and commitment management access to contractual risk tracking.

Is your CLM infecting your organization with inefficiency?

The best way to find out if you need an upgrade to your contract management is to bring in a document management expert to examine your system. But let’s pause for a second.

What do you do when you’re feeling sick? You probably make an appointment with a doctor or other healthcare professional, but that’s not the first thing you do. First, you do some researching online or you ask a few friends and family members to see if you really do need that prescription, operation or treatment. Same deal applies here.

Below are 4 case studies of clients we've taken on, and their corresponding business process issues. If you have any of these problems, it's a sign that implementing DMS could save your NGO/NPO.

*Names have been encrypted to protect the privacy of the organizations involved.

Organization A (an NGO) had a lease that rolled over to a new year because they forgot about the 90-day notice. They got stuck paying for office space that they had already moved out of and were no longer using at all. This culminated in a $50,000 treatment to mitigate a seemingly harmless case of memory malaise.

Organization B forgot to renew its research contract in time to keep the current team. Research is something that requires team continuity – no matter how hard you try to capture the information about the research, it’s an unavoidable fact that some of that invaluable information and thought processes exist only in the minds of the researchers. The lapse in contract renewal meant they lost the current team and had to replace them with new people, people who were not privy to the previous team’s ideas. It cost Organization B several months of repeated work to get back on track.

Organization C had a cell phone contract that was automatically renewed for two more years at the old (pricier) price because they forgot to review and renegotiate. With over 1,000 employees, this little oversight cost them more than $100,000. This was a lesson on the importance of keeping a close and vigilant eye on contracts.

Organization D (a nonprofit) had contract files stored in 15 different departments. Some were paper files and some were in electronic form. It became the norm for their team to spend hours scouring for contract documents. Even the legal team didn’t know where the documents were! Needless to say, the lawyers had no idea what the company was legally obligated for. Luckily, this contract visibility issue was solved with a smart contract management system before an unexpected contract violation could make matters worse.

Organization E knew it had a problem when, on multiple occasions, one customer sent the wrong version of a contract out for signatures. This may seem like a minor issue, but it only takes one small mistake in decision making to tip the scale and cause serious damage. In one instance, sending out the wrong version cost Organization E $20,000 because updated pricing was not included in the older version that had been erroneously signed.

Organization F was in complete disarray. One particularly troubled employee caught our attention:

“It takes hours to enter everyone’s comments and merge their changes into the document. I send out the emails and then they come back in at different times. And each time, I have to manually merge the comments and changes! Since the reviewers are working from their own copies, they often make the same comments and changes. Or they include feedback that contradicts another reviewer’s words! This is not only a huge waste of time, but also a huge shot to my workplace happiness… not to mention my sanity in general!”

Organization G (NPO) was the perfect example of a simple mistake that cascades into a maelstrom of frustration. Their IT department set up a shared drive for their contracts, and it was working great until someone accidently deleted all the files. One of the company’s power users didn’t realize that he had selected all the files and sub-folders inside one of the main folders when he clicked that unforgiving “delete” button.

Fortunately, the IT team was able to recover the files from tape – in most cases the back-ups are not done or checked daily and data is lost forever. Unfortunately, Organization G lost a week of changes because of the backup schedule and tape capacity. Just one little hiccup opened up a mess of irritation.

Every case had one thing in common:

Every organization adopted a document management system resulted in business process improvement. A  contract management plan resolved all of their problems, providing a central location for all contracts, lifecycle management to track revisions, event reminders to ensure contracts don’t expire or rollover without review and protection from accidental deletion or intentional destruction. 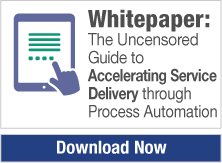 Editor's note: This post was originally published in April 2014 and has been revamped and updated for accuracy and comprehensiveness